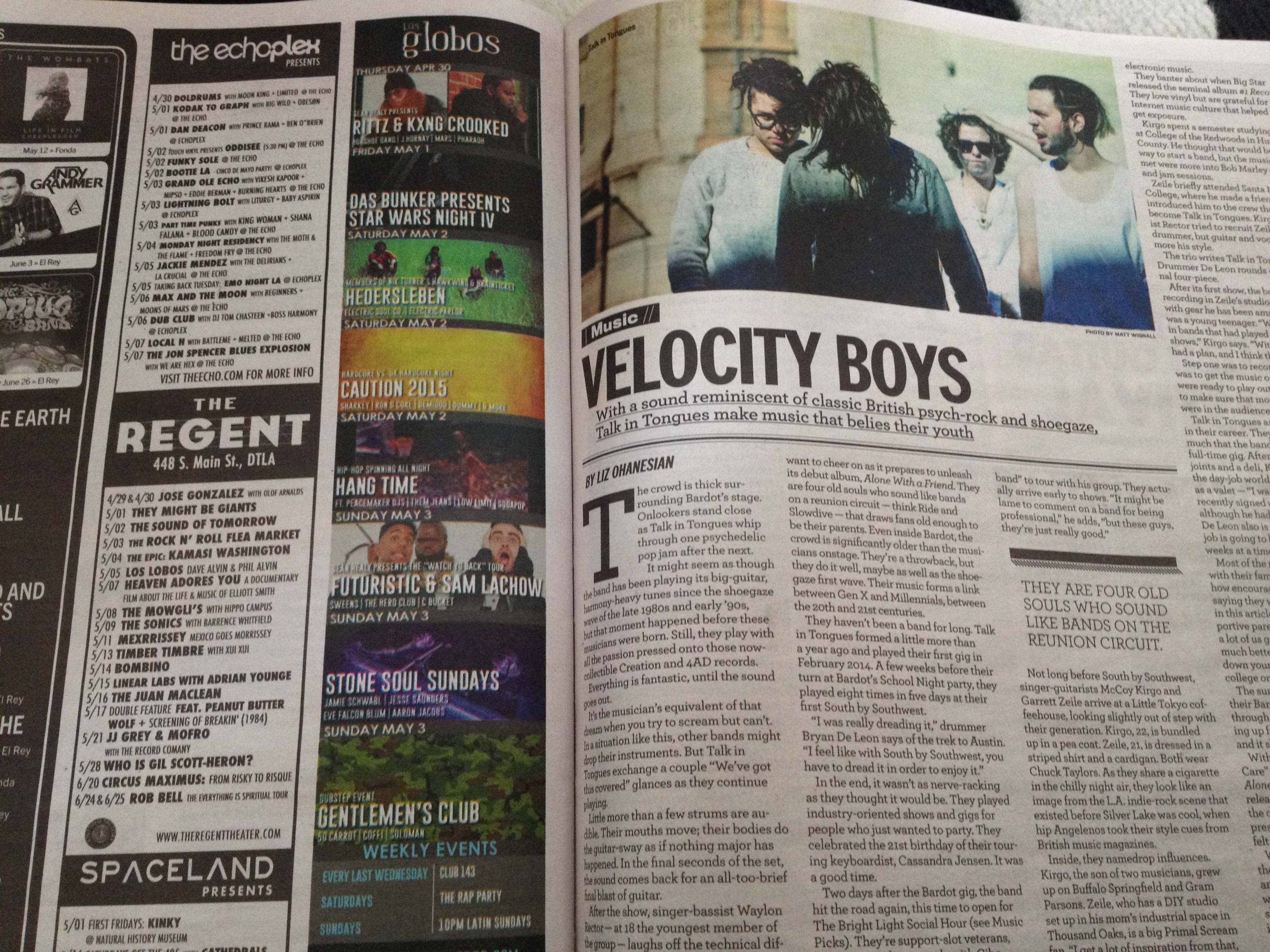 It’s been a busy week. On the occasion of our anniversary, my husband and I decided to hit up at least one music event every day/night for a week. We checked out a party in Hollywood that wasn’t cheesy, caught a music festival at our alma mater, felt a lot of bass at Low End Theory and much more. It wasn’t as exhausting of a week as I thought it would be. Writing about it might be more taxing. I don’t know yet.

Meanwhile, some exciting new stories hit the web and the streets this week.

Martin Gore just released his new solo album, MG, and I’m proud to say that I had the chance to speak with him about it for L.A. Weekly. I’ve been a huge Depeche Mode fan since I was in grade school, so this was a very special assignment.

The fact that I’m a big ol’ Depeche Mode fan is probably a sign that I’m older than the average club-goer. For L.A. Weekly, I wrote about how the nightlife changes as you hit your late 30s. The response for this story was amazing. I’m kind of proud of it.

“What Happens When Rabid Concertgoers Get Old”

Apparently, some people go all out for children’s birthday parties, bringing in companies who specialize in all sorts of whimsical characters, from clowns to princesses to mermaids. I talked to a few people who own party production companies for Backstage.

This week, I somehow managed to get two stories in the print issue of L.A. Weekly. The first is an arts piece that gives a little peek inside the L.A. burlesque scene. The second is a music feature profiling the band Talk in Tongues, who I think you’ll love if you’re interested in late-’80s/early-/’90s U.K. indie music, like 4AD and Creation Records stuff.

“Talk in Tongues Were Born in the ’90s, but Their Sound Is Pure ’80s Shoegaze”

@LJWilliamsonLA A lot of the clubs/bars have started doing that.

Just made a whole new bookmark list filled with sites I like to read. Am seriously thinking about blogging again. I… https://t.co/571O2x46az

P.S. I got vaccinated as soon as I could get an appointment specifically so I could be ready to DJ again and to see… https://t.co/MuRTRImZcl

This is important. IDK if people really get how hard it is going to be to rebuild our scenes if they aren't going t… https://t.co/WEafbhNNDr

This story over at @LATACO about a 97-year-old beekeeper in El Sereno is a good read too. https://t.co/1ZM0QvYvDQ

Really enjoyed this story about a red and turquoise snake endemic to San Francisco that’s making its home at SFO’s… https://t.co/BVULKhNnkJ

I love Anika's new album, Change, and was happy to chat with the singer for @audiofemme https://t.co/wrrn9ifcIc

@AWolfeful I have a Jud Jud 7”

So excited to be playing Sunday Sessions next month. https://t.co/9BQIvSDGwV

RT @erikpedersen: Check out @matthewspecktor talking to @lizohanesian about his new book, ALWAYS CRASHING IN THE SAME CAR, out on July 27 f…