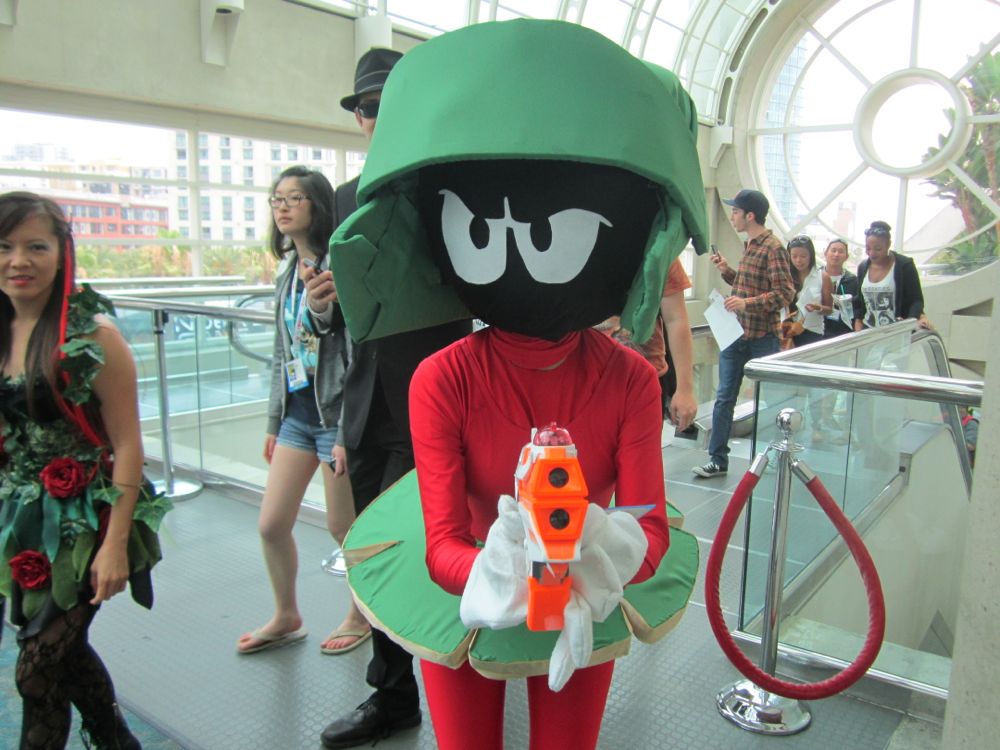 Last Wednesday morning, I left for San Diego Comic-Con. I was there until Sunday night and continued working on assignments through Monday morning. Here’s my reporting and photos, all of which appeared in L.A. Weekly.

I interviewed Grant Morrison by phone a few weeks ago about his departure from Batman and his upcoming project, which happens to involve my all-time favorite superhero. The story ran as a preview to Comic-Con.

Thrilling Adventure Hour is a popular theater show in Los Angeles that is based on old fashioned radio drama. The writers, Ben Acker and Ben Blacker, were at Comic-Con in part to promote their forthcoming TAH comic book. It’s a great read and features a number of characters that you’ll recognize from the stage show and podcast.

“Why Regular Show Is So Huge at Comic-Con This Year”

Regular Show took over the New Children’s Museum, which is across the street from the San Diego Convention Center, for Comic-Con. I got to check out the exhibit, called Regular Zone, with show creator J.G. Quintel.

I’m a longtime fan of Emily the Strange and recently donated to a Kickstarter campaign to turn Emily and friends into an animated band. Part of my pledge package was VIP entry into the premiere of the video at Comic-Con. I wrote about this experience as well.

“Why Comic-Con Is Really About Community”

There’s something that I often think is missing from Comic-Con coverage. I tried to capture that spirit in this post.

Check out these slideshows:

I have some personal writing from Comic-Con that I’ll be posting on my blog, Beatique, later this week. Stay tuned.