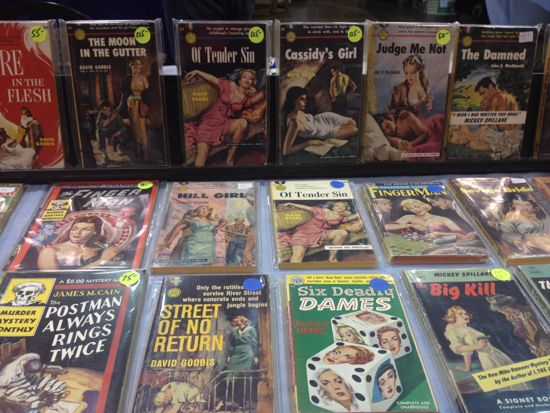 Since the start of the year, I’ve been making business goals at the beginning of every month. The goal is based on how much I invoice. It’s a modest goal, but I still managed to miss it in January and February. Fortunately, things changed this month. I surpassed the goal on March 18, giving me about two weeks to try and get a little further ahead.

This probably sounds dumb, but I think part of actually making the goal had to do with getting over my aversion to spreadsheets. Looking at the numbers column by column every morning and every evening helps a lot.

Also, I’ve been trying to tune out a lot of the outside world, just so that I can write without distraction. When that happens, I can get four stories done in just over 24 hours. That includes time spent sleeping or eating or whatever. Not everything I wrote is available to read yet, but here’s the list of what is online.

“Ernest and Celestine Director Benjamin Renner on His Oscar-Nominated Debut”

“YoungArts L.A. Teaches Teens How to Be Artists” (KCET, Artbound)

“Deap Vally: The Craft of Rock” (KCET, Studio A)