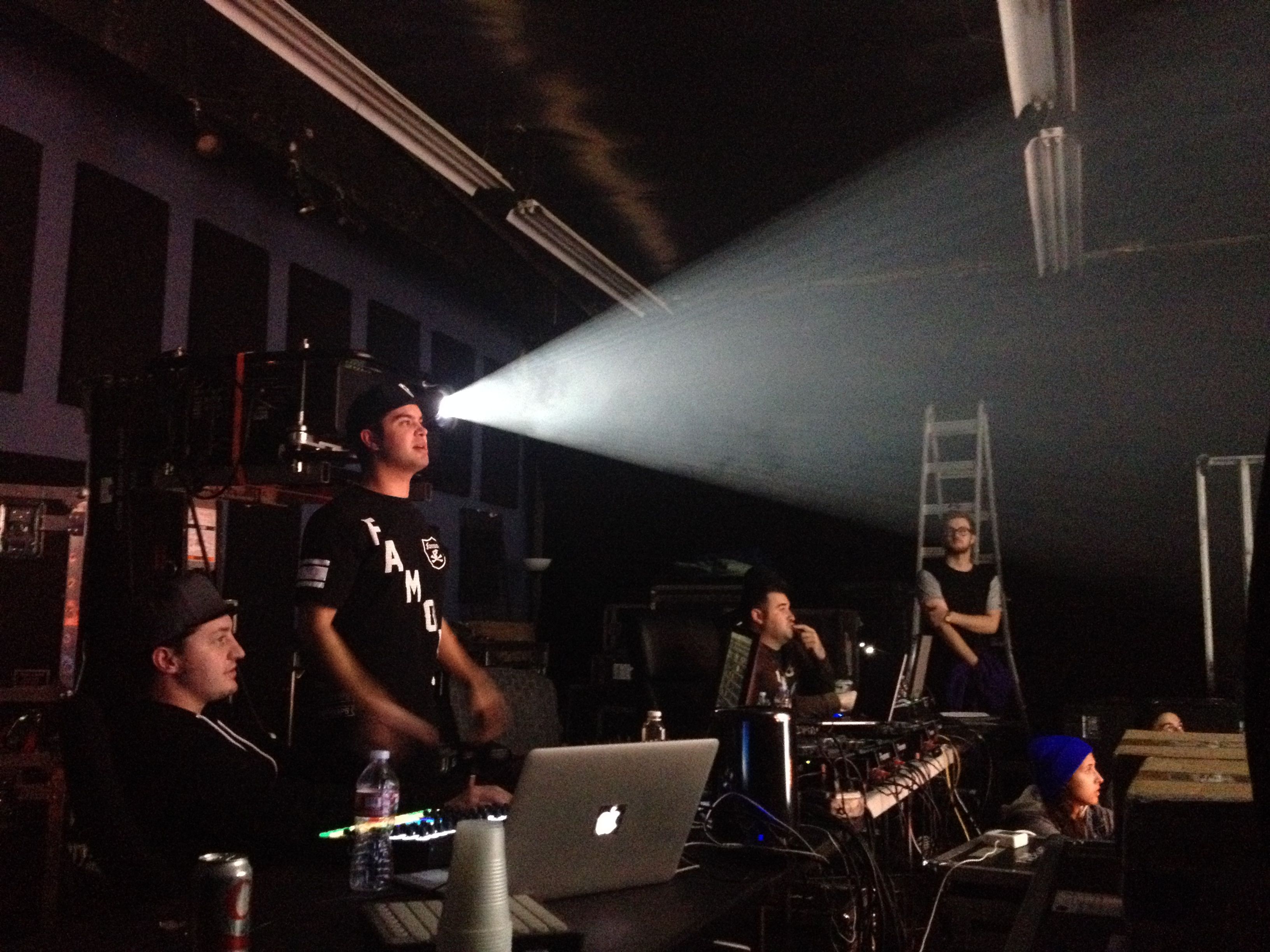 In the studio where Datsik and team prepared The Vortex for tour. (Photo: Liz Ohanesian)

Last weekend, I attended Anime Los Angeles as a guest of honor. It was an amazing experience. Throughout the weekend, I gave talks on writing and answered a bunch of questions about everything from college to “shipping.” I think I answered all the shipping questions wrong, though, since I didn’t know what the word meant until after the fact. To clarify, I think characters should be in relationships with the characters who will treat them with respect, as one would expect in real life.

Anyhow, I want to thank everyone at Anime Los Angeles for making this experience so memorable.

There was no break after the convention ended. I spent most of this week traveling across town, actually, L.A. County, to interview people for a few different stories. I’m pretty excited about the work I’ve been doing lately and can’t wait until I can share it with you. Before that can happen, though, I have to finish writing.

One of my goals for 2015 was to do more music writing and that’s working out pretty well. This week, L.A. Weekly published my list of 10 female DJs who were big before the big EDM “brofest” began. This is essentially a response to a trend piece about the emergence of lady DJs. Unless you’re a n00b, you should know that there have been women in the DJ booth for a long time. Apparently, a lot of people who aren’t n00bs got a hold of the story because most of the responses I saw were of the “You forgot [insert DJ name here]!” variety. I sincerely love seeing that. Because there are so many women in the dance music world who have made an impact, and this was just a 10-person list, I’ll be posting tracks and mixes from many more on my Facebook page.

Read: “10 Female DJs Who Ruled Before the EDM Brofest”

For my “Cult Stars” column that runs online in L.A. Weekly’s arts section, I talked to Amy Lee Ketchum. She’s an animation artist who makes beautiful short films that you need to see. A recent one, “Dreaming Los Angeles,” is actually an exquisite corpse collaborative project that screened recently at the Egyptian.

Read: “A Chain of Animators Created and Exquisite Corpse Movie About L.A.”

On Tuesday, I ventured to North Hollywood where DJ/producer Datsik unveiled the latest incarnation of The Vortex. That’s the massive DJ booth/image mapping prop that he brings on tour. Datsik is about to embark on a lengthy tour and it may be the last trip for The Vortex.

Read: “Datsik Prepares the Vortex for What Might Be Its Final Tour”