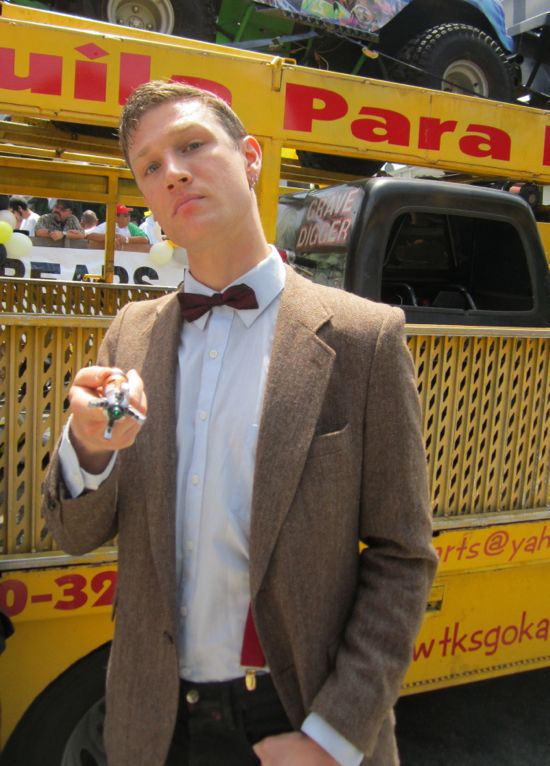 Recently, I got back into reporting on fan culture. I was doing a lot of that for a few years, then slowed down a little for reasons I explained in a recent post on my blog, Beatique. Now, I feel like there’s a lot more work to be done within this realm of pop culture reporting. There will be a lot of related stories coming up in the next month, as both Anime Expo and San Diego Comic-Con take place in July. I’ll be at both events for the duration of the conventions and plan on coming home with some interesting stories. In the meantime, check out some of the recent stories I’ve written.

I’ve been covering Bent-Con, the LGBT pop culture convention, for a while now. This time, I talked to members of the group while they were at L.A. Pride. The photo above is from Pride, but didn’t appear in the article. You can check out more of my photos from the event on Flickr.

EDC is going on this weekend in Las Vegas. I’m not there, but I did a couple preview pieces for Pure Volume. The first is an interview with The Stepkids bassist, Dan Edinberg. I flipped for this band when they opened for The Horrors a couple years and hope you’ll take the time to check out their wonderfully inventive psychedelic sound.

iam8bit does massive, pop culture-themed art shows. I checked out the most recent installment of their annual tribute to retro video games for L.A. Weekly.

I’ve done a couple small pieces on Anamanaguchi in the past (for L.A. Weekly and Pure Volume), but this is the first time I felt like I got to really dive into the world of a band I find incredibly fascinating.

The second of my EDC preview pieces for Pure Volume is a short interview with Damian Lazarus. He’s one of the most interesting DJ/producer/label owners around and definitely worth a few listens.

On the DJ front, I’m playing at Underground tonight for our Jarvis Cocker tribute party. Tomorrow, I’ll be at Beat Swap Meet. Next week is the debut of our new party, Shadowplay. You can get more info on upcoming gigs on Beatique.

Looking for a writer? Contact me at lizohanesian [at] yahoo [dot] com.