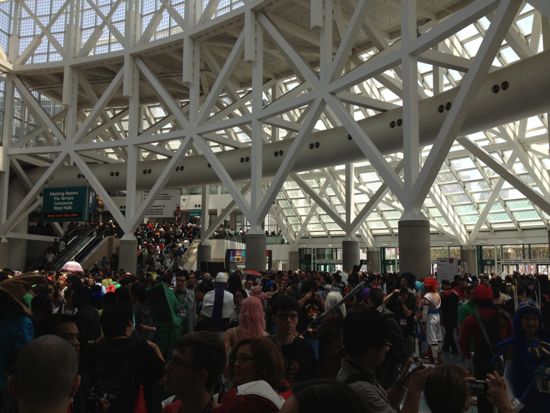 Before I start the weekly recap, I want to thank Dianne Garcia for creating new art for the site. Dianne is an incredibly talented artist as well as a co-host of the  super podcast Defective Geeks. She’s also one of my Comic-Con roommates, so you’ll probably be seeing her pop up on my Instagram feed next week.

I spent the bulk of last week at Anime Expo, which is a massive anime convention that happens annually in Los Angeles. I’ve been going since 2008 and have seen it grow immensely over the years. This year, they brought in 61,000 people.

Overall, it was a fruitful experience. I got two published stories and two published slideshows out of it. Plus, I made some headway on other stories that you may end up reading sometime in the near future. Check out the published pieces below. All are for L.A. Weekly.

“A Fan Convention Through the Eyes of a Single Cosplayer” (story)

The stories, in particularly, were really well received. Thank you to everyone who shared them via Twitter, Facebook, Tumblr, et. al.

Tonight, I’ll be at Underground on the decks, with New Order vinyl in my crate. If you would like to attend, check out the website for more info. Underground is at the Grand Star in Chinatown, Los Angeles.

Next week is San Diego Comic-Con, so I probably won’t post again on this site until the following Friday. I’ll be busy trying to avoid a sunburn while standing in line.