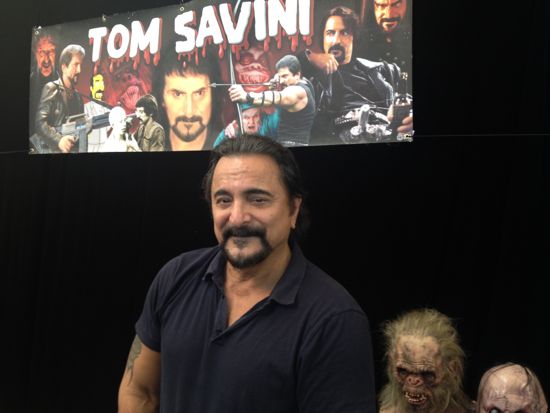 When I wasn’t at Monsterpalooza last weekend, I was in Hollywood for EigaFest, a film festival dedicated to Japanese cinema. It was a great assignment to land. I spent much of a gruesome heatwave inside a chilly movie theater. On top of that, I got to check out some cool new movies, and some episodes of a couple really old anime series.

Back in August, I stopped by Pretty in Plastic. The San Fernando Valley-based company, founded by Julie B., makes a lot of things, but they’re best known for doing 3D interpretations of work from artists like Luke Chueh and kozyndan.

Right after San Diego Comic-Con, Culver City gallery Century Guild held a show featuring the paintings of Doc Hammer, best known for his work on The Venture Bros. This wasn’t my first trip to the gallery, but I was so impressed with it on this excursion that I had to write about it.  I returned the gallery not long after that and started asking questions.

Tim Heidecker and Eric Wareheim have a new show on Adult Swim and it’s kind of scary. A few weeks before the premiere, I visited their studio and talked to them about Bedtime Stories.

“Tim & Eric’s Bedtime Stories May Give You Nightmares” (Paste)