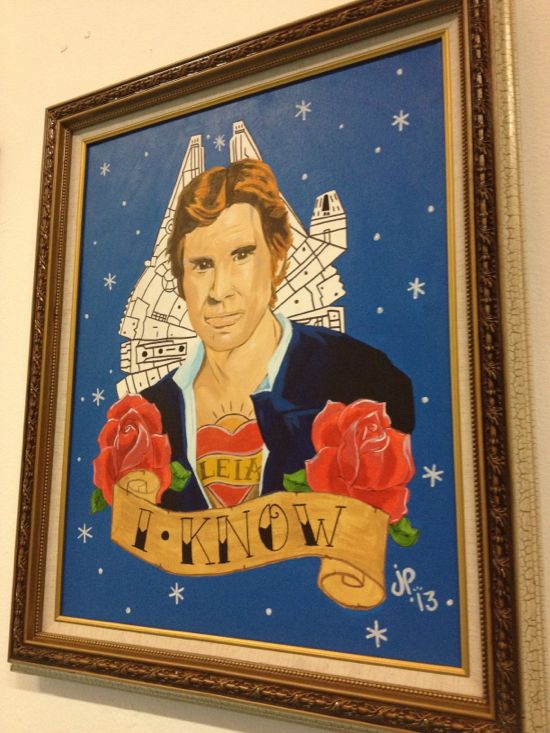 I Know by Jake Prendez

This week, I had three stories due. Only one has been published so far. That’s for my L.A. Weekly column, Cult Stars.

If you haven’t read it yet, check out “How a Star Wars Art Show Came to Be.”

The other news from this week is that Ultranim Boy, a zine filled with music, art and words inspired by the mighty Game Boy, is available for pre-order.  I have a story in here, so make sure you pick up a copy.

When I wasn’t working on assignments this week, I was trying to get some new work. Pitched three stories this week. Two were accepted, so you’ll be reading those in the coming months. Other than that, I helped out Jeaux on the color front this past week as we try to get Los Animales ready for public consumption.

This week, I got really into listening to disappointing albums from bands I love. It started out with Siouxsie and the Banshees’ album, Superstition. In a roundabout way, that lead to Wish by The Cure. A few friends of mine were adamant that Wish isn’t that bad and that I should give it another shot. I did and now I’m writing about it. You’ll be reading the story sometime next week on my music-centric blog Beatique.

Which reminds me…I’ve been neglecting Beatique kind of because I haven’t been able to figure out what I can do with it to make it different from a run-of-the-mill music blog. I think I stumbled upon something that was kind of already there but not fully realized. That said, you’ll be seeing more work on that site in the coming weeks, so stay tuned.

In convention-related news, it looks like I’ll be going to Gallifrey One and WonderCon in the coming weeks. I’m looking forward to maybe running into a few of you there.