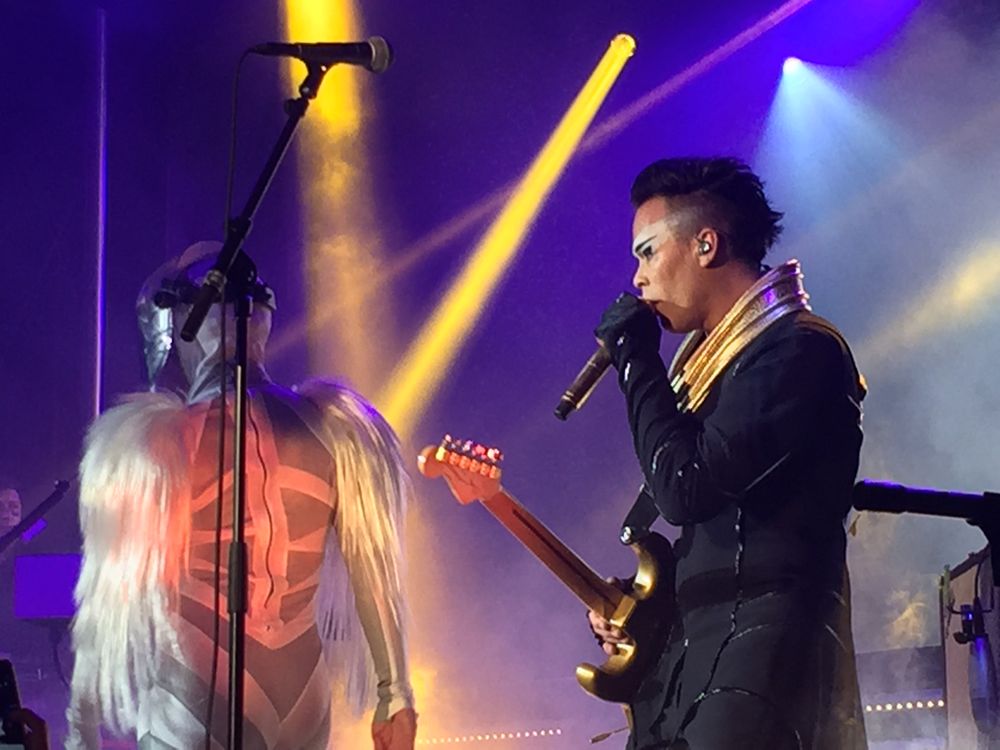 There are days when I really love my job. Take last Friday, for example. An editor at Paper Magazine contacted me to see if I could make it to an Absolut even that night. It was downtown, maybe a five minute drive from my place, and I wasn’t set to work that night, so I said yes. It ended up being one of the coolest events I had ever witnessed, a futuristic house party where you could get a drink mixed by a drone and watch a band comprised of robots. I stayed much longer than I had planned, partially because there was too much to see and, mostly, because Empire of the Sun performed near the end of the bash and I hadn’t seen them play live.

One of my favorite ’80s electro jams is a song called “Egypt Egypt” by Egyptian Lover. If you remember my gigs back at the Parlour and other parties early in the ’00s, you probably remember that I played that track a lot. For that reason, and many more, I was incredibly excited to finally have the opportunity to interview Egyptian Lover.

Earlier this month, I had the chance to hang out with the promotion team Incognito, whose parties have featured guests like Francois K., Paul Woolford, Ian Pooley and loads of other recognizable names in the house and techno worlds. The story ran on L.A. Weekly‘s music site this week.

And then there’s Loco Dice, who was one of the highlights of my trip to Electric Daisy Carnival this year. I interviewed him for Village Voice in advance of his Halloween gig in New York.

It hasn’t been all music and parties this week. Jim McHugh is an L.A.-based photographer who has shot many people and places you will recognize. We talked about his days as a celebrity photographer for magazines like People, his series of portraits of artists and his more recent work capturing the images of L.A. landmarks.

Here are two stories that came out earlier this month and are worth a read.

Dabs Myla are a husband-wife team that make art as a single unit. They recently turned a building on Modernica’s factory grounds into a show-house for an exhibition that will last through mid-October. I got to visit with them while they were working on the project.

“In the Industrial Wasteland of Vernon, A Kooky Pop Art Home That You Can Visit” (L.A. Weekly)

I still can’t believe that I got the chance to see Ladybaby play inside an anime shop. If you want to know why that’s a big deal, you’ll have to read my story for Noisey.

I’ll be finishing up October with two DJ gigs. Tonight, I’m playing at an Elks Lodge in San Bernardino for a big goth event. I’m on early, so if you’re in the Inland Empire, come by and check it out. Tomorrow, I’ll be on the decks at Hex Halloween at the Monte Christo in Koreatown.