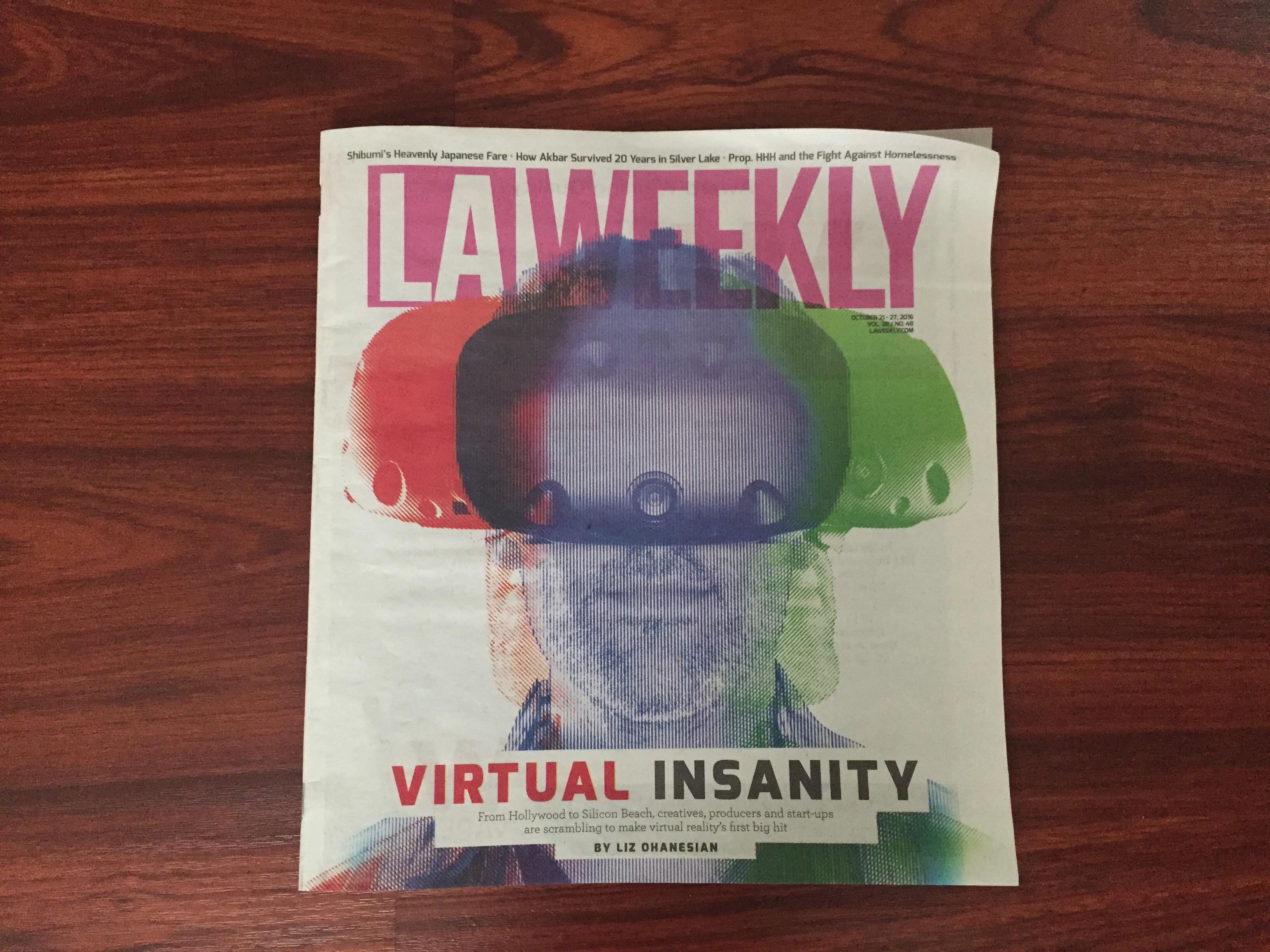 Two years ago, I started checking out the new wave of virtual reality projects and wrote about them here and there for L.A. Weekly, Paste and The Robot’s Voice. Two months ago, I started work on a big story for L.A. Weekly on the development of Los Angeles’ community of virtual reality pros and how this intersects with Hollywood. The story came out on Thursday and I’m very happy to add that it’s the cover feature for this week’s print issue.

Art Center has a data art show going on right now. What I thought was really interesting about this group exhibition was that two of the pieces are inspired in part by Joy Division. I wrote about those works for L.A. Weekly.

“How Joy Division Ended Up in a Data Art Show — Twice”

Also, L.A. Weekly ran a list of cool videos shot in our fine city. I wrote about clips from the Beastie Boys and Massive Attack.

“The 20 Best Music Videos Ever Shot in Los Angeles”

In club news, I’ll be playing Italo disco, freestyle and more at the Lash on Thursday night for Native Love. This is going to be totally different from my usual sets at the Lash for ’90s Goth Klub (which, by the way, is Sunday, October 30– wear a costume) and should be a ton of fun. Hope to see you there. 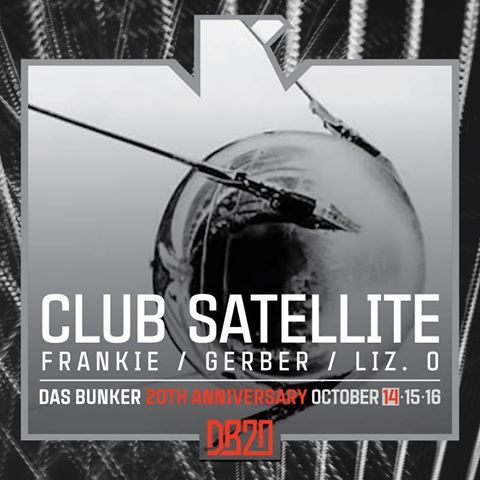 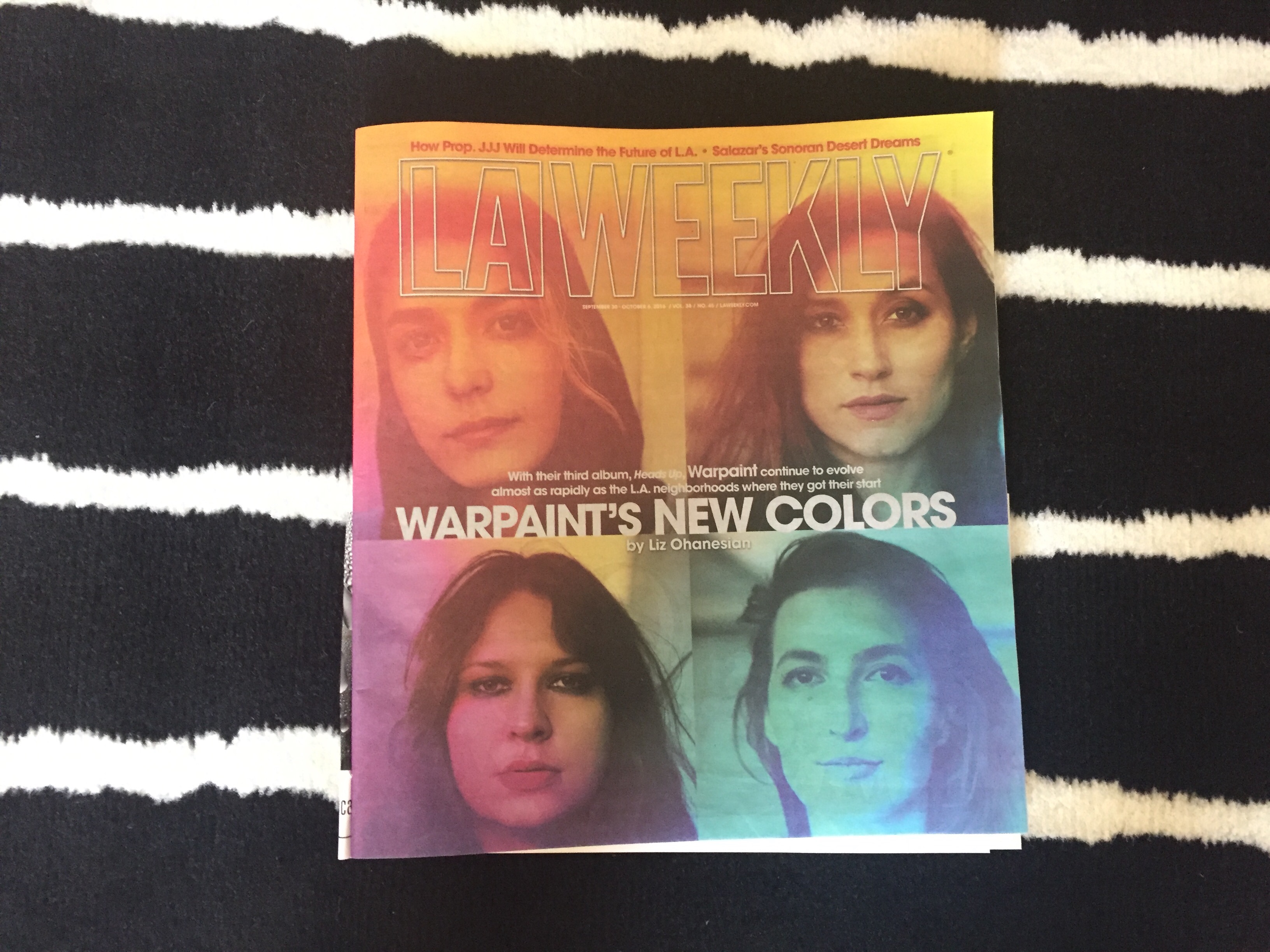 On Thursday, the new issue of L.A. Weekly hit the streets with Warpaint on the cover. I wrote the story. Almost five years had passed since my last cover story for the Weekly, so this was an exciting moment.

“How Warpaint Got Stronger Together by Spending Some Time Apart”

But, that’s not all.

Thanks to a gig I have for the KCET Cinema Series, I was able to see Snowden earlier in September. I really enjoyed the movie (go see it when you have the chance). I loved the use of music in the movie, even if it did leave me feeling super paranoid when I left the theater. That said, when I heard that Boys Noize, who was involved with several components of the soundtrack, was available for interviews, I knew I had to get one. Fortunately, Playboy said yes to this. We talked about Snowden, government surveillance, the drama surrounding London nightclub Fabric and gentrification in Berlin.

Last weekend, I headed to a posh hotel near the Beverly Center for Los Angeles Podcast Festival. What’s great about this event is that it’s not just about the big names in the podcast world. Sure, you had the chance to see Welcome to Night Vale and lots of other shows live, but there are also how-to panels and a Podcast Lab, where you can set up your gear and record. Lots of the guests stop by this room, so it’s a great chance for smaller podcasters to land interviews. It’s also filled with lots of fun people, some of whom I had the chance to interview for this story. This was a quick turnaround story, as I did the interviews on Saturday and had to file by Sunday mid-afternoon. Since I basically spent my Saturday night and Sunday morning working on this (thank goodness for coffee), I urge you to read it.

“Step Inside the Podcast Lab, Where the Littler Guys Grab the Mic”

Last week, I was asked to write a response to one of those weird, stereotypical articles about people from a another city moving to LA.

“Debunking Yet Another Tone Deaf Article On Los Angeles”