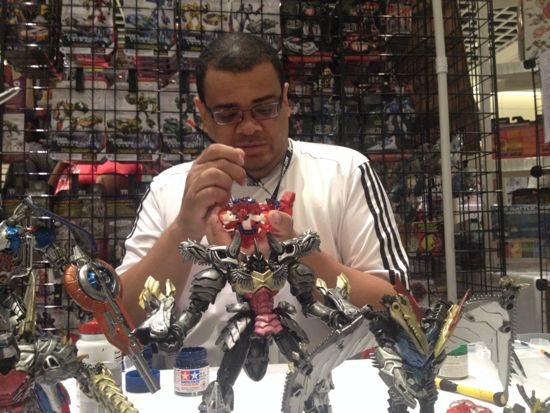 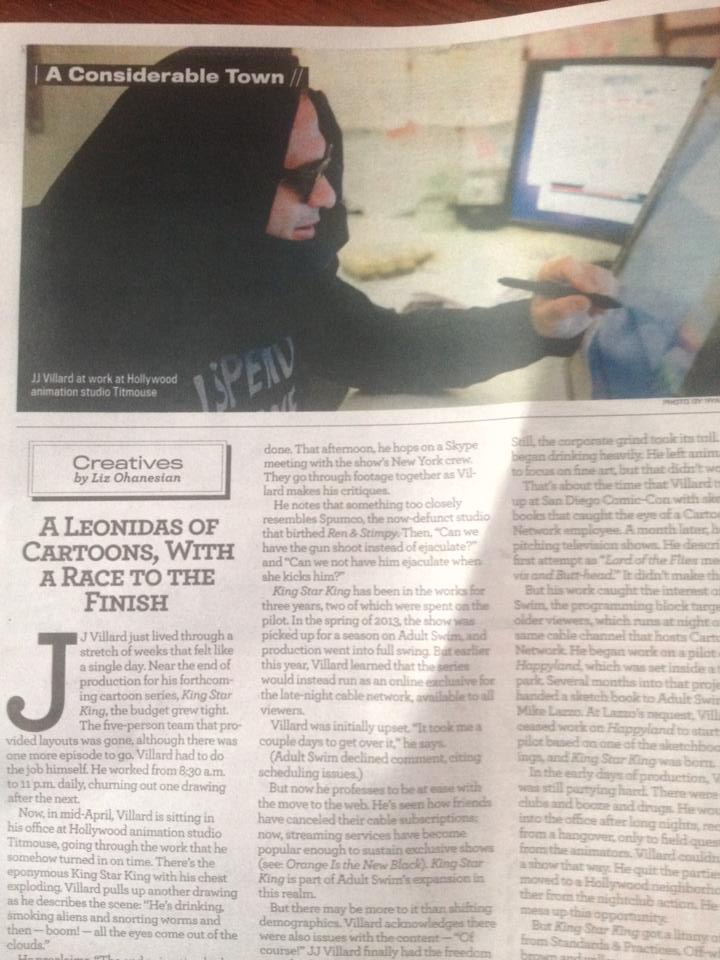 Early last fall, I stopped by Titmouse Animation Studios and met JJ Villard. King Star King, the show he created for Adult Swim, was in the midst of production. Over the course of the next few months, we spoke a few more times. Last week, the show premiered online. On Thursday, my story about JJ came out in the print edition of L.A. Weekly. Pick up your copy at newsstands across Los Angeles, or read it online.

3 Teeth are a new industrial band with a style that harks back the genre’s golden age. They’ll make their debut at Complex tomorrow night and I had the chance to interview them for L.A. Weekly.

That’s all for this week. Have a great weekend and thanks for reading. 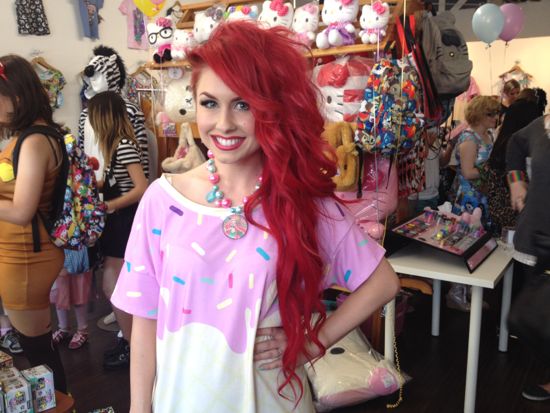 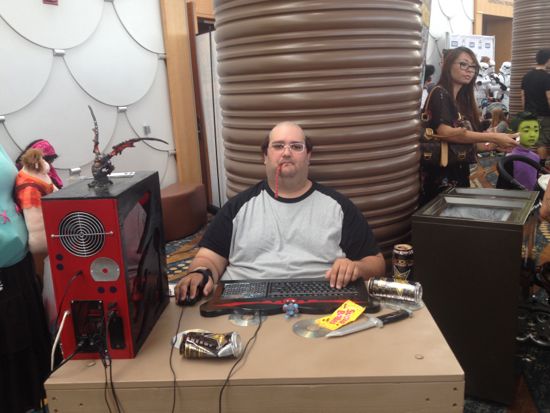 Last weekend, I went to Long Beach Comic Expo and was excited to interview Jarod Lee Nandin. He cosplays Jenkins, aka The Griefer, aka “that which has no life” from the South Park episode “Make Love, Not Warcraft.” It’s a particularly genius episode of South Park. I remember watching it at my friend’s house and almost falling off the couch because I was laughing so hard.

Anyhow, I previously saw Jarod at a couple other conventions and admired his costume, so I asked him for an interview and he kindly obliged. Jarod is a super cool guy and very friendly. I figured that someone cosplaying such a minor South Park character would have to have a good sense of humor and now believe this to be a correct assumption. You can read the story in this week’s “Cult Stars” column for L.A. Weekly.

“A South Park Cosplayer With a Message for the Trolls”

Otherwise, things have been pretty busy lately. I’ve been working on freelance goals and, most of the time, I’ve been meeting them. It’s nice to see how things work out when you actually make spread sheets and write stuff on white boards.

I just updated my clips for the first half of 2014, so you can catch up on stories there. It’s not everything, just some stand out pieces. Amongst the highlights are my first feature for Boing Boing (on Sailor Moon) and an interview with Herb Alpert that I still can’t believe happened. There’s also a tour of Cartoon Network’s Burbank Studios, a Jem and the Holograms think piece and a personal story in which I make my husband sit down and watch the original Star Wars trilogy with me. He never saw it. I’m kind of a nerd about it.

Next week, I’ll be at E3. If you want to follow the adventures, look up @lizohanesian on Twitter.

Thanks and have a great weekend!